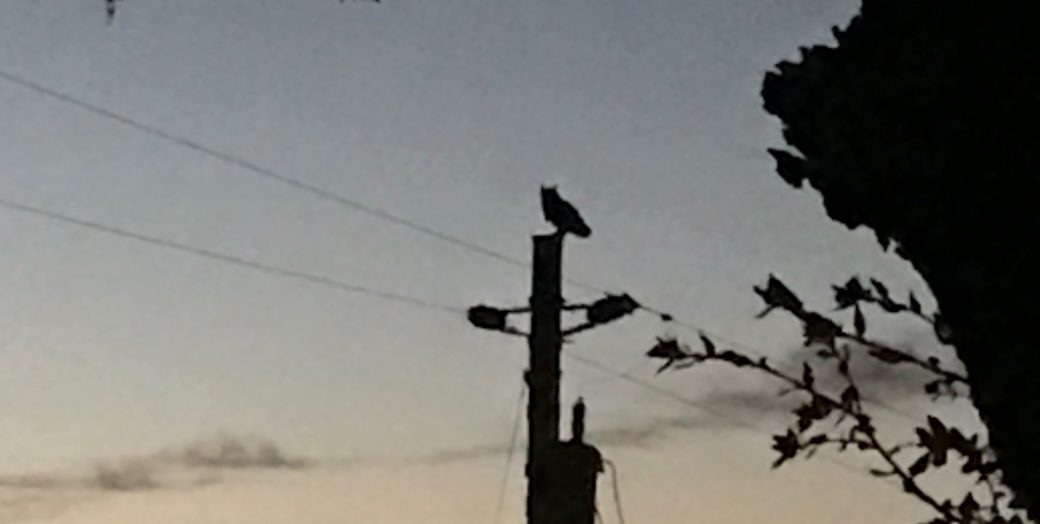 I released this Great Horned Owl in the Saratoga Hills on January 24th 2017. After its release I heard its call in the area several evenings in a row. I was able to capture this picture of it sitting on top of a telephone pole on February 24th 2017. At the time of taking the photo the owl was repeatedly making a breeding call. Seemingly desperate, I was worried that it may have been sick or hungry. Several minutes later the call was finally returned by another Great Horned Owl off in the distance and this one immediately flew off to meet its mate.

This site uses Akismet to reduce spam. Learn how your comment data is processed.