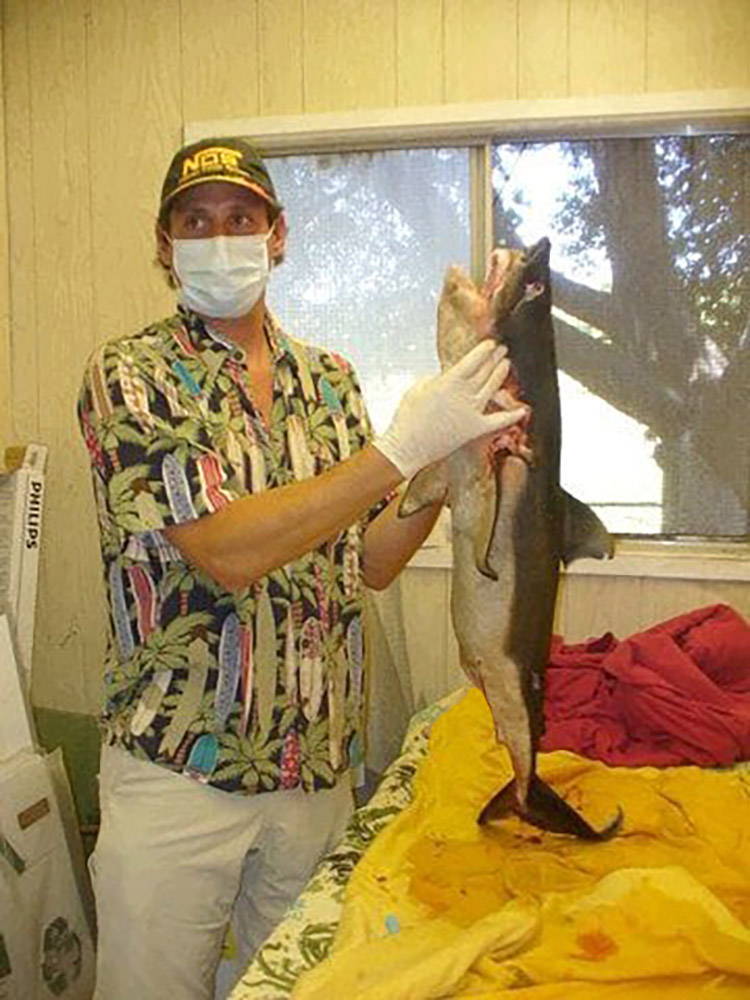 This picture was taken before performing a necropsy, which is an autopsy performed on animals. This shark was found dead in the streets of Milpitas, CA by the Milpitas police department and brought to the Wildlife Center of Silicon Valley. Necropsy results showed that the shark appeared in good body condition but had multiple gaff wounds to its body. Internally the shark appeared normal. It was concluded that the shark was probably caught out at sea and for unknown reasons the carcass was discarded into the streets.

This site uses Akismet to reduce spam. Learn how your comment data is processed.